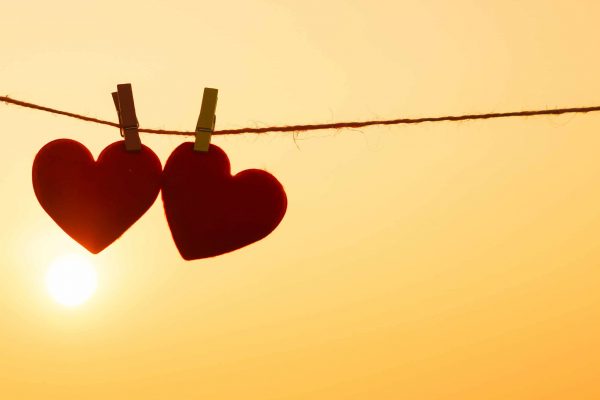 “I have no idea how to talk to my kids about same sex marriage so I find myself side-stepping the conversation or muting the TV or radio when it comes on.” I heard that only yesterday – and it’s a topic that has come up repeatedly over 2017 as Australia has travelled the road of polling and legislating on same sex marriage. The first couple have now been married and over coming months, there will be ongoing media coverage of the many marriages that will follow the passing of legislation to legalise same sex marriage.

When it comes to same sex marriage, parents have similar questions about helping their child to understand the issues. These questions are usually along the lines of…

For many families, a conversation that would come much later in their child’s development has been thrust into the spotlight – and there’s some confusion about how best to approach it.

We’ve all been the recipients of a bodgey school yard education on nitty-gritty’s of sex. The whispered discussions about ‘Aunt Flo’, about parental bedroom antics – oh, the tall tales, the twisted truths and terrifying tips that ensue. Many a parent mop up tears – their own included – as they expertly negotiate discussions about sex to make it a little less gruesome than the picture painted by a peer. Same sex marriage is a HUGE conversation that’s carries the potential for much shaming and hate talk – and you want your child to be out in front of that with good, factual and objective information.

Opinions are like noses – we all have them and they’re all different. Useful things but not always if they’re poked around in your business. The issue of same sex marriage is divisive with the potential for inflamed and strong opinions to garner strong arguments and ill feeling. So, get the facts right for your children – regardless of your opinion.

Fact – People’s relationships are complicated. Some people have a traditional mum and dad relationship, some have either a mum or a dad, some families have 2 mums and some have 2 dads.

Fact – Some countries allow love to be the determinant of who can marry who, and other countries have laws that prevent some people from marrying the person they love based on gender.

This doesn’t mean that you’re not able to influence your child’s thinking with your own, but when you limit a child with opinions only they don’t get to think, evaluate, reflect and develop their own opinion about how the world works and what they think about it.

#3 – Understand and answer the question

Be sure to know what your child is asking before you answer the question. There’s nothing worse than answering the question, “Where did I come from?” with a detailed description of the birds and the bees only to realise that your child wanted to know if they were born in Perth. Here are some of the big questions about same sex marriage:

Why do some mummies like other mummies and not daddies?
Answer: Because all people are made differently. Some people have blue eyes and some people have brown eyes. That’s the way that they were made.

Unless it is a comfortable and age appropriate part of your family discourse, there is no need to provide children with the down-lows (literally)  of same sex marriage. Simply answer the question.

No, same sex marriage won’t mean that your son will be going to school in a dress or that your daughter is going to have to role play a same sex relationship. “Keep your hair on,” a great 80’s saying that we need to embody in our parenting practices. Change is the only constant and being able to talk about and encourage acceptance of change is a supreme resilience builder for children.

Take an audit of yours. What terms do you use to refer to people different to yourself? Difference in gender, sexual preference, race, religion, body shape, sporting team – what words do you use to describe those people? Are they respectful, accepting – or at least tolerant? Or are they hateful, demeaning or pejorative? The words used to, about and around us form part of our internal representation of the world. Hate speak can become cancerous over generations within families and in society.

This is an adult construct and concept and our little people are hard-wired for kindness and empathy. It will be most common to hear younger children sound very confused about why you can’t marry whomever you want – most children will want to marry their best friend at some point. Whether you do or don’t agree with same sex marriage, help your little person to express their beliefs and feelings, listening reflectively, asking questions to guide their thinking and allowing their opinion to be heard and valued.

#7 – Honour your own beliefs and values

It’s kinda unsexy to hold the opposite opinion in the same sex marriage space, however, it may be your viewpoint, your values, your religion that speaks to your feelings about it. Those are to be honoured – we all have the right to our own opinion which doesn’t have to match or meet the mainstream. It becomes an issue when you allow no one to have an opinion other than your own – even your children. It’s healthy for children to see a parent have an opinion, express it respectfully and also acknowledge that it might not be the opinion of everyone – and that’s OK. This is what creates strong, compassionate and empathetic human beings.

By default, your child will share many of your beliefs – even those on same sex marriage. Whether part of your familial belief system, your religious beliefs or from your own life experiences, you are most definitely going to have your own opinion on same sex marriage. However, in this heady time of commentary about same sex marriage, opinion does little other than create division, hatred, fear and low tolerance. Take the higher ground – educate from fact, don’t catastrophise, watch your words and help your young person to take in, understand and positively work with this adult concept and conversation in a safe, loving and tolerant environment. And remember, that your child’s opinion might be very different to your own and that too is to be honoured, treasured and valued.

compassion, facts, marriage, tips
Previous Post
Reports: considerations and tips for every family
Next Post
Good Digital Parenting: What is your screen time doing to your young child’s brain?